Introduction to COP27 / The COP27 agenda / Where and when it took place / Who is who at COP27 / The great absentees / Those who did appear / The vision of the COP27 presidency / Mitigation and adaptation / Minimum advances in the reduction of greenhouse gas emissions / Extension for the topic “Loss and damage” / Conclusions / Opinions and criticisms / Recommended readings.

“Either we cooperate or we perish”, warned Antonio Guterres at the opening of COP27

“If urgent action is not taken, the world is heading towards a climate catastrophe”. This is how the Secretary General of the UN expressed himself, at the beginning of COP27. Harsh words to reflect a reality that can no longer be hidden and no one should deny. This phrase not only triggered the interest of those attending the meeting in Egypt, but also that of the headlines of the world’s main media, something that we had not seen in previous summits, and that we have criticized so many times in SGK-PLANET.

Guterres highlighted that “ Carbon dioxide levels in the atmosphere are so high that we will barely be able to limit warming to 1.5°C …it is already too late for many glaciers and melting will continue for hundreds, or even thousands of years, with serious consequences for water security”.

This, added to the scientific data that reiterates that “ the world is not doing enough to reduce carbon emissions and protect the future of our planet”.

Where and when did COP27 take place?

In the Egyptian city of Sharm El-Sheikh, under the motto “Together for implementation”, with the assistance of 35,000 people, including representatives of governments, observers and civil society, COP27 was held between November 6 and 18, 2022. a year of extreme weather events across the globe.

The President of the Arab Republic of Egypt, Abdelfatah El-Sisi, gave the welcome message. Sameh Shoukry, Minister of Foreign Affairs of Egypt, was elected president of COP27 for the period 2022-2023. The summit was led by Simon Stiell, born in the Caribbean Grenada, executive secretary of the UN Framework Convention since August 2022, successor to Mrs. Patricia Espinoza.

Some of the largest economies and most polluting countries on the planet, such as China, Russia and India, did not attend COP27, despite the importance of the issues to be discussed. Among these, the necessary funds to mitigate climate change, which were urgently requested by the most vulnerable states. While the UN was demanding taxes from large energy companies to mitigate their environmental impact, the leaders of these countries did not attend the opening day.

The ones that did appear

An article published in the newspaper El País of Spain , denounced in a headline “The climate summit in Egypt brings together more ‘lobbyists’ of fossil fuels than the one in Glasgow” and as a subtitle: “An analysis denounces the presence of 636 people linked to oil, gas and coal companies registered to participate in COP27”. Something unusual and unacceptable, in the opinion of SGK-PLANET, since the lives of both humanity and other species are at stake.

The vision of the COP27 presidency

With a view to moving from negotiations and planning to “implementation”, the motto of the meeting, the COP27 presidency issued the following message: “The time has come to act on the ground, we need to harmonize our global efforts. If we want to fulfill our promises and commitments, words must be turned into action…”. Beautiful words that we should write on the wall so that the wind does not take them away as it has happened in the past.

Mitigation, adaptation and resilience are fundamental parts of the Paris Agreement, referring to efforts to reduce the effects of greenhouse gas emissions (mitigation), or adjust to them as far as possible (adaptation).

In 2021 they were reinforced within the Glasgow Pact, a document approved during COP26, whose objective is to regulate the implementation of the Paris Agreement. It consists of 71 rules, grouped into eight parts. Number IV refers to Mitigation and number I to Adaptation.

Sameh Shoukry, president of COP27, announced the “Sharm El-Sheikh Adaptation Agenda” aimed at improving “the resilience of people living in communities most vulnerable to climate by 2030. He called on the UN Standing Committee on Change Finance Committee to prepare a report on doubling adaptation finance for consideration at COP28 next year”.

On this crucial issue, there was hardly any progress, to the point that the Vice President of the European Commission, Frans Timmermans, had harsh words regarding the results of the summit, which he described as “unacceptable setbacks”, and threatened to leave COP27 if they did not global warming limit of 1.5ºC is maintained. “We will be clear, the partners of the European Union are here to bring home a good result. We prefer not to have a decision than to have a bad decision”.

The newspaper El País, on Nov 20, noted: “The lack of ambition in the climate fight stalls the final negotiations of COP27”. And a few lines below he said: “COP27 represents progress, although it does not satisfy everyone.”

Experts such as the UN special rapporteur on human rights and climate, Ian Fry, said that there are large developed countries that look at the issue from the perspective of “the polluter pays”. Now, the countries most affected by climate change, which suffer the damage so far, have had to deal with these costs themselves. “It is time for the big countries, the main emitters, to stand up and say: we have to do something, we have to make a contribution to these vulnerable countries,’” said the special rapporteur.

The extension of COP27 due to the topic “Loss and damage”

This year we had heat waves, river overflows, floods, tropical cyclones, landslides, towns wiped off the map, countries like Venezuela, Haiti, Pakistan and many others, or large territories like the State of Florida, with a balance of severe damage. We have seen climatic calamities that have caused death and destruction, with significant loss and damage to families and countries. Science attributes the cause of the increase in the frequency and intensity of these phenomena to the increase in greenhouse gas emissions, mainly due to the most industrialized countries. Developing countries are the most affected and therefore argue that they should receive compensation for the “loss and damage” suffered.

Failing to reach an agreement by the deadline, the negotiators finally reached conclusions on the thorniest points on the agenda on the 19th, including establishing a mechanism on losses and damages, without defining for now how this mechanism will be financed.

The decision was baptized with the name of “ Sharm el Sheikh Implementation Plan ”, in which it has been calculated that “the global transformation towards a low-carbon economy requires investments of at least 4 to 6 billion dollars per year”. year. Obtaining this financing will require a rapid and complete transformation of the financial system and its structures and processes, with the participation of governments, central banks, commercial banks, institutional investors and other financial actors”. United Nation Climate Change.

Regarding the agreement Antonio Guterres said: “ It is clear that this will not be enough, but it is a much-needed political signal to rebuild the broken trust ”, emphasizing that the UN will support the effort at all times.

The COP presidency has revealed on Saturday 11-19-2022, at 1:00 p.m., the draft of the final declaration of the meeting. This document should have made reference to the phasing out of all fossil fuels and barely mentions coal. Nor does it say that world emissions must reach their peak in 2025 to keep the 1.5 degree objective alive, as Europe demanded. Timmermans, as we saw, called it “unacceptable setback”, and threatened to walk out of COP27.

For his part, Guterres noted: “Clearly this will not be enough but it is a much-needed political signal to rebuild broken trust… this conference has taken an important step towards justice. I welcome the decision to establish a fund for loss and damage and to launch it in the next period.”

For Ecologists in Action “Regarding mitigation, the final text has no progress compared to COP26 in Glasgow… it is inadmissible that a year has been lost in the fight against the climate emergency.”

SGK-PLANET’s opinion: again, as almost every year, the unpleasant taste of postponement has been felt, the desire to postpone “uncomfortable” issues for later, especially those that touch big interests. The phasing out of fossil fuels was not expressed in the document.

The problem with COPs is that they feel like repeat movies that end with uncomfortable issues being postponed to the following year. All in all, there are people satisfied with the results this year because at the last minute, in the days of the extension, it was possible to approve, with forceps, the money to cover the costs of eventual “losses and damages” attributable to climate change. We have to celebrate this.

However, we must remember that a similar issue had already been discussed 12 years ago when the Green Climate Fund was created, during COP16, Cancun, Mexico, 2010. A year later it was assigned a headquarters located in Songdo, South Korea. South, administered by a president and a council of 24 members.

The agreement was signed unanimously. This always happens when there are many years ahead to put money on the table. In those days it was a decade away from the first hundred billion. But when it was time to take out the wallet, it got stuck in the pockets. Once the year 2020 arrived, the promised disbursements were not made, citing the emergence of the COVID19 pandemic. But neither in 2021 nor in 2022. These promises, like so many others, were not written on the wall and for this reason many overlooked this brief history of the Green background.

In the opinion of SGK-PLANET, there can be no more postponements, because if we keep postponing, the next bill will be sent to us by Mother Earth, perhaps for such a high amount that there will be no money in the world to pay it or there will be no one to whom charge him.

The Paris Agreement and the difficulty of the “ambition” concept . “Ambition” as the backbone.

Brief history of the COP. A long history of disagreements and postponements from COP1 to COP27.

COP27 Information Center An authentic “COP27 Gallery” with the most complete multimedia vision of the event, now in its 7th edition, produced by Aixa Chacín. Editorial Director of SGK-PLANET.

Summary and conclusions of the Rio Summit. Second Earth Summit. A fundamental meeting, more transcendental than most people think, with a view to the 21st century. 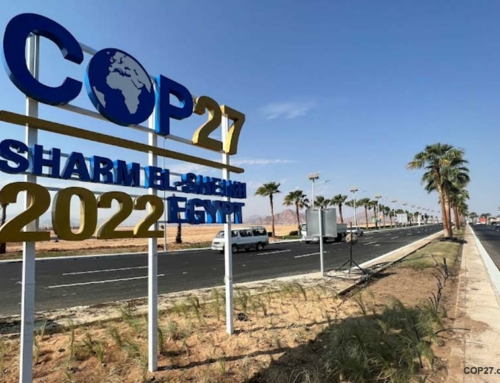 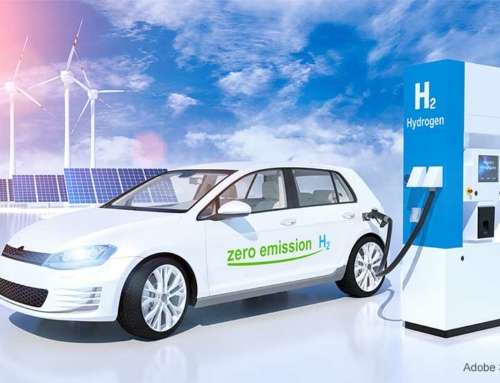 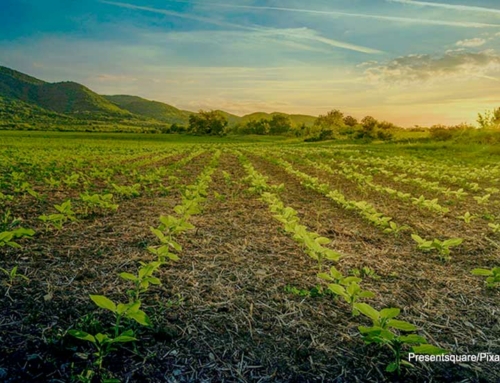 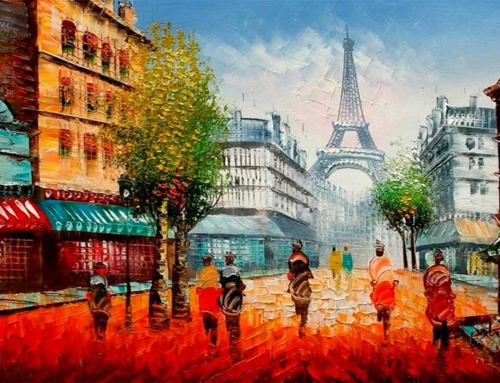 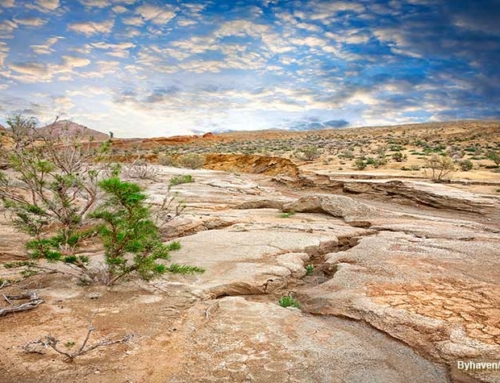